May the Force be with Tooth! 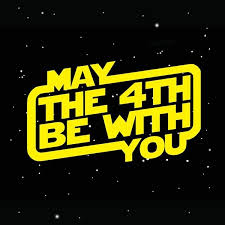 This is possibly one of the world’s most favourite holidays: May the Fourth, Star Wars Day! We thought we’d celebrate it in a most dental way!

Teeth in a Galaxy Far Far Away

On the Star Wars fan site, Wookieepedia, it was confirmed that teeth were an anatomical feature found a long time ago in a galaxy far far away. Teeth seemed to be primarily located in many species’ mouths, and used to chew food. Sounds pretty similar to how us humans do it here on earth if you ask me. In particular, the Gungan species had large, blunt teeth which enabled them to crack open edible shellfish. 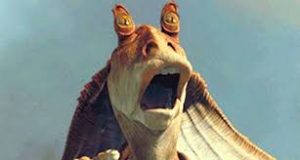 The Force Awakens on Teeth

In the first film of the latest trilogy (The Force Awakens), motion capture was used to capture actors who portrayed partially- and fully-CGI’d characters (like Maz Kanata). In order to achieve this, mocap dots need to be placed on significant parts of the body which are lit up by special lights and digitally tracked. Star Wars took it a step further by placing these mocap dots on mouths and even teeth to record realistic movements like smiles and facial expressions in minute detail.

The special effects and costume departments always have their work cut out for them on the set of Star Wars. That’s why Chris Lyons had the privilege of working as a dental technician on the early Star Wars films to create dental prosthetics for certain characters. He stated that “The best ones we did had fluorescent red gums, bright blue teeth, and each tooth had a black triangle in it, but you didn’t see them – it was just cut”! Those would have been spectacularly weird teeth!

The Millennium Falcon Whirring In

The Star Wars franchise has won a slew of awards, including multiple Academy Awards and nominations for Best Sound Mixing and Best Sound Editing. But did you know that one of those iconic sounds was the whir of a tooth polisher being synced up to the flight of the Millennium Falcon? It shows you can’t escape your regular dental checks and cleans, even when you’re flying across the galaxy! 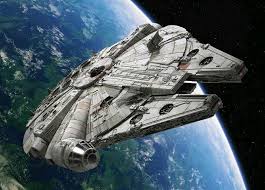