Let Me Fill You In: Amalgam vs Composite Fillings

Let Me Fill You In: Amalgam vs Composite Fillings
Posted on: 30 July, 2018 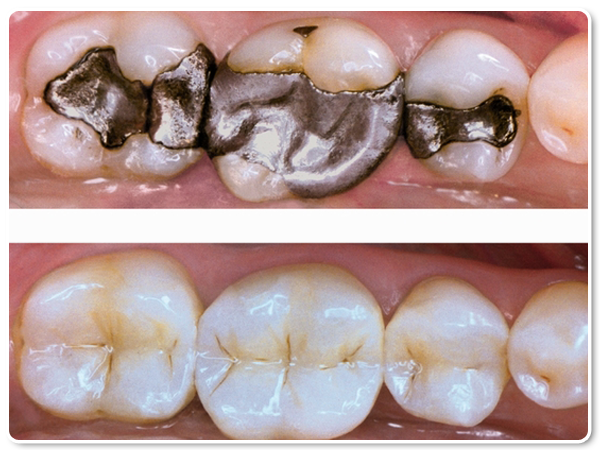 Filling It All In

Fillings are one of the primary treatments provided by all general dentists. Fillings are needed when caries (tooth decay) is detected, to repair cracked or broken teeth, and to build teeth up when they are worn down (through bruxism/teeth grinding or other causes). The most common need for fillings is the presence of caries. The dentist will drill out and remove all the caries and replace the hole with filling material to minimise exposure of the tooth’s internal structure to bacteria and potential future caries. 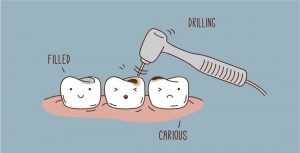 But the question remains: what is the best type of filling material? The ongoing debate for the past few decades has been between amalgam and composite resin fillings. Below, we’ll discuss the pros and cons, and what each filling material is made out of.

Amalgam fillings are made of a combination (amalgamation) of several different types of metals: mercury, silver, tin, and copper. Mercury makes up almost 50% of amalgam fillings but not to worry – because it’s mixed with other metals, they all form a strong, stable, and safe compound. Amalgam fillings have been used since 1895 and there has never been a case of mercury poisoning from amalgam fillings as the mercury exposure is practically negligible. 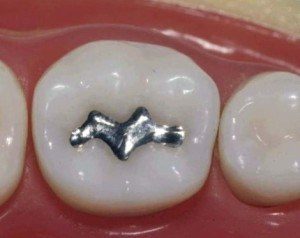 What are the pros of amalgam fillings? 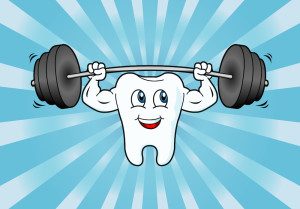 What are the cons of amalgam fillings?

It is generally recommended to use amalgam fillings in teeth at the back of the mouth, where it can’t be seen and where there is a lot more biting force. 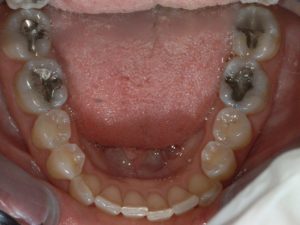 Composite resin fillings are composed of a mixture of plastic and fine glass (ceramic) particles. They are tooth-coloured so they are practically invisible to the naked eye. That is, of course, unless you ingest a lot of foods and drinks which discolour your teeth, in which case the filling will not stain but the natural tooth will.

What are the pros of composite fillings?

What are the cons of composite fillings? 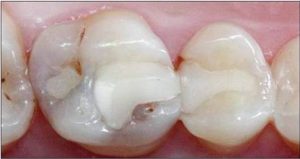 It is generally recommended to use composite fillings in teeth at the front of the mouth, where it can be seen and where there is not much biting force. Also, it’s not recommended in teeth that need large fillings. 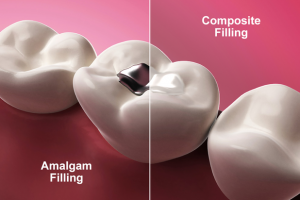